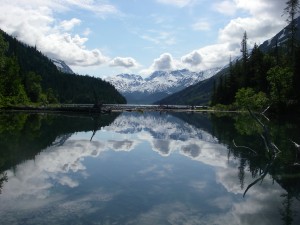 Homer Electric Association, through its subsidiary Kenai Hydro LLC, continues to study the feasibility of a five-megawatt Grant Lake Hydroelectric Project near Moose Pass on the Kenai Peninsula. There was interest in such a project in the 1980s, but Kenai Hydro has been evaluating the feasibility of a hydroelectric project on the Kenai Peninsula since 2008.

A major milestone was made in August 2019, when FERC issued an order granting Kenai Hydro/HEA an original license for the Grant Lake Hydroelectric Project.

With the extension of time request approval from the Federal Energy Regulatory Commission (FERC), HEA has earmarked the start of construction for August 2023 with an estimated completion in August 2026.