HEA, in partnership with the Kenai Peninsula Borough (KPB), continues to study the feasibility of a Landfill Gas Project. The proposed project would capture the methane gas produced from landfill garbage and convert it to electricity in an internal combustion en 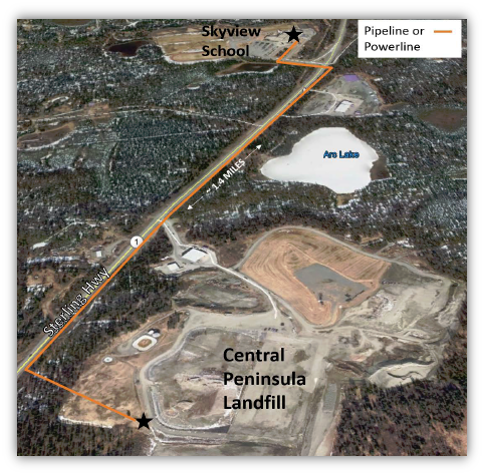 The waste heat from the combustion engine would then be used to run the landfill leachate evaporator. HEA would benefit from an inexpensive fuel source to generate electricity and it would eliminate the KPB’s gas costs associated with current leachate evaporator operations.

Additional benefits include the improvement of explosive hazards, odors, and the reduction of landfill generated methane released into the atmosphere which is a more potent greenhouse gas than the CO2 generated by the internal combustion engine.